I was wicked excited to see the projected release schedule for the next three Transformers movies (5–7 of course, coming to you in June of 2017, 2018, and 2019 respectively). More robots! More robots in disguise! My imagination ran wild considering the possibilities.

Trying to get a better read on what might be to come, I took a look back at the first four movies.

And that’s when the dread set in.

My friends, I regret to inform you that the world of Transformers is undergoing a dangerous level of inflation. Inflation of running times. Take a look at these numbers:

The trend here is as clear as it is troubling. Plotting our data I found that this growth seems to follow a polynomial curve:

Extrapolating this trend out through the next three releases (and why wouldn’t we?), we find that Transformers 7 is going to clock in at just shy of 4 hours. It’s science.

This got me to thinking, “what in Bay’s name is going on here‽” This defies all logic. These movies aren’t about spending ample time with characters as they suffer and grow. They are the perfection of action movies! We get special effects, explosions, fight scenes, and in the end complete exhilaration. But these elements cost money:

And extra cost doesn’t mean I pay more for my ticket. Everyone on the planet is already seeing these movies, right? So it sure seemed to me like you’d want to keep your length—and thus your expenses—as on the mark as possible. Inflation should be your enemy. And yet…

I should know better. I’m sure you’re already rolling on the floor with the knowledge of where this is going. It’s Michael freakin’ Bay! Who am I to question his infinite wisdom?

So here’s the kicker:

Not only are returns rising even as the running times increase, but they’re rising fast enough that so are profits! I have no idea how to explain it, but the facts are there plain as day. Just like how cars morph into rad fighting machines, economics simply works differently in the world of Transformers.

So bring on a 4-hour Transformers 7! I’ll be there in line with all the rest of you. Multiple times if that’s what it takes to make the numbers. What could possibly be a better use of my time? 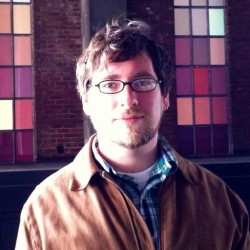 Mattie
Mattie is not a cofounder of SportsAlcohol.com and that’s his most redeeming characteristic. He yo-yos between Boston and (right) Portland where he does battle with computers and a small dog who both like to jump on him. Ask him to tell you about how underrated Hum is one of these days.

Latest posts by Mattie (see all)

Other Articles You May Enjoy